Tauras-Fenix ​​today is the largest manufacturer of packaging, packing and food processing equipment in Russia, CIS and the Baltic countries. Our business partners include more than a thousand of food and industrial companies throughout Russia, the CIS and other foreign countries. Engineering and equipment brand Tauras-Fenix ​​- the result of continuous technological development since 1987 - meets Russian and European quality standards while providing a broad range of over 150 various machines. Our strengths are innovation, reliability, competence, high quality, flexible and dynamic development.

History of the company name

During the first seven years of development, the name of the company was changed several times. When registering the company back in 1987, the ruling party insisted on a Russian name of the company , so it was settled for the name "Planet". A year later Sigitas Mickus succeeded in officially renaming the company to "Azhualas", which translated from Lithuanian means "oak". At this time an idea of another name - "Tauras" (meaning "Aurochs" in Lithuanian) was born, to which the company returned two years later. In 1995 the company merged with the engineering industry cooperative "Phoenix 1" whereby a combined name "Tauras-Fenix" surfaced. Today "Tauras-Fenix" is a well-known engineering brand which earned the trust of numerous customers from Russia, CIS and abroad. 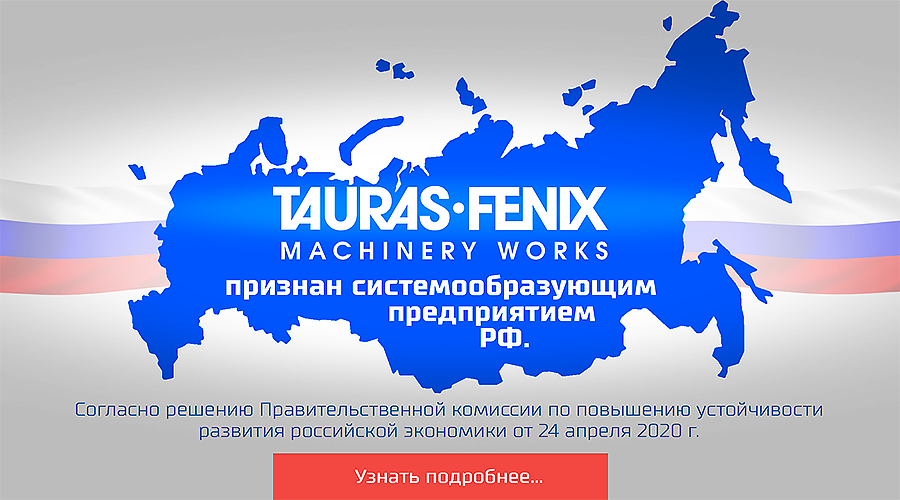